Elena Rudeshko Independent IT and Localization Consultant, writing at the request of InText 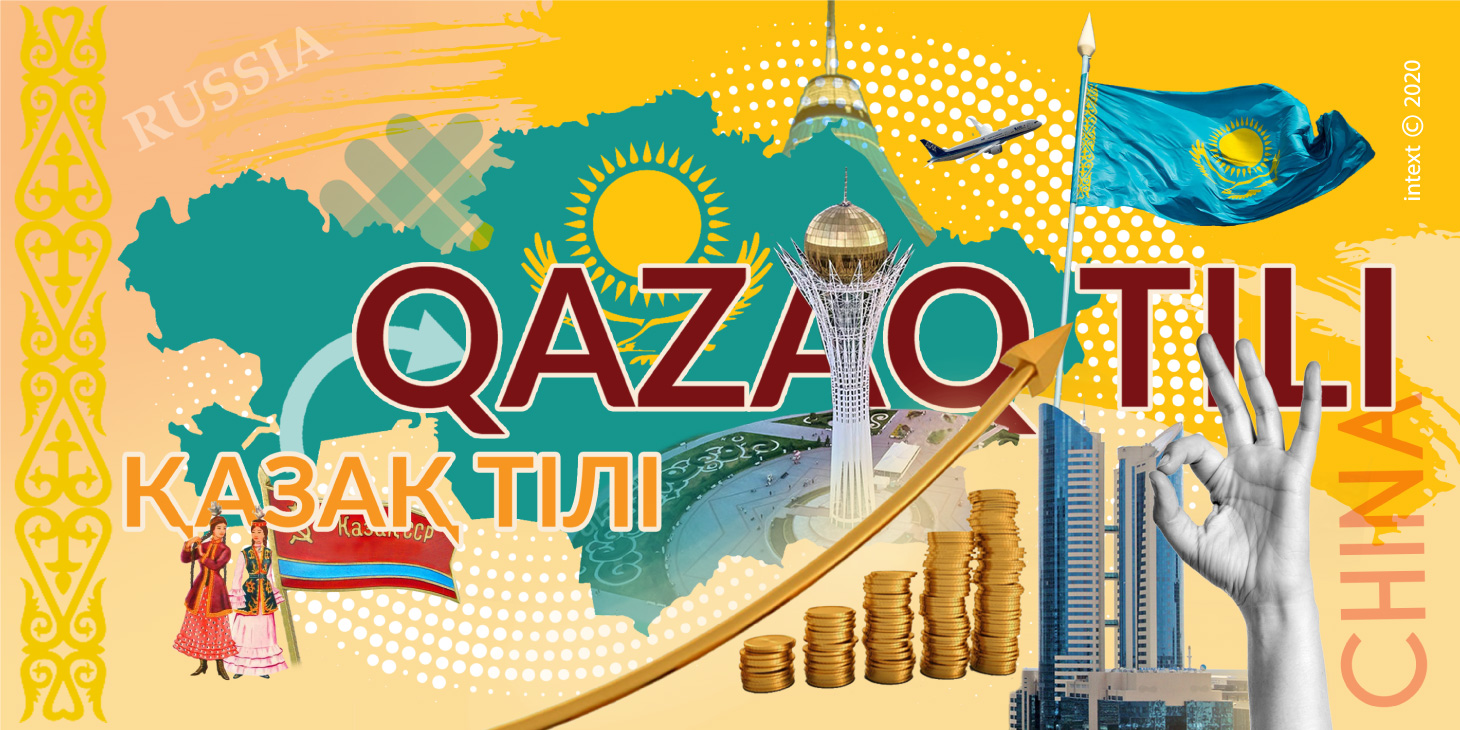 The largest landlocked country on the globe, one of the most mineral-rich nations, and a nomadic civilization are the most common ways of describing Kazakhstan. Few outside pay a great deal of attention to the state that is almost as large as Europe. Kazakhstan is usually out of sight and out of mind. However, with the global focus shifting towards the Pacific, Kazakhstan is becoming one of the strategic points on economic and geopolitical maps. So what is the reality of the country?

Yes, Kazakhstan has enormous natural resource wealth, with reserves of 99 elements in Mendeleev’s periodic table. These mineral reserves and vast supplies of hydrocarbons form the backbone of its economy. And it was the second-fastest growing economy in the world in the first decade of the 21st century. Frontier and emerging-market fund managers loved it.

Kazakhstan’s transition from a lower-middle-income to an upper-middle-income country in less than twenty years has been the greatest success in Central Asia. GDP per capita has risen sixfold since 2002. In 2019, Kazakhstan’s economy grew at a higher-than-expected rate of 4.5% after slowing down somewhat in 2014-2016. Fitch Ratings agency has affirmed its credit rating at ‘BBB’ stable. This time, the economy was being driven by solid growth in domestic demand, which is a totally different story.

25th place in the World Bank’s Ease of Doing Business 2020 ranking is already a fait accompli for Kazakhstan. The government has invested a lot in making business sector attractive and in reducing administrative barriers and business costs through system-wide reforms known as the “100 Concrete Steps” National Plan. This was a pragmatic response to the need to reinvent Kazakhstan and reduce its overreliance on the oil and mining industries.

Sitting at the strategic juncture between Russia and China, Kazakhstan has deftly managed its relations with its two neighbouring great powers. It also acts as a magnet for their foreign investment thanks to its wise multi-vector diplomacy. Furthermore, the European Union has now become Kazakhstan’s leading trade and investment partner, while U.S. firms have invested tens of billions of dollars in the oil and gas sector since independence. Moreover, Kazakhstan’s landlocked location has suddenly become a new asset with the dynamic development of the large-scale Belt and Road Initiative led by China.

With the inflow of foreign direct investment and the intention of promoting industrialisation and diversification, Kazakhstan’s new Entrepreneurial Code creates a system of benefits and preferences offering strong support for investment in the transport, telecoms, pharmaceuticals, food, metallurgy, agriculture and construction sectors.

The Kazakhstan 2050 Strategy is another visionary move based on the long-term planning practices of the newly industrialised nations of East Asia. This new national strategy sets the ambitious goal of joining the top 30 developed countries by 2050.

A Country Within a Country

Nur-Sultan is one of the world’s fastest-growing and most vibrant capitals. It began earning its international recognition under its previous name of Astana, thanks to the international exhibition EXPO 2017: Future Energy – an event held as part of the World Expo system, which gave the world the famous Eiffel Tower. The newly-built futuristic EXPO 2017 complex was fully aligned with its renewable energy focus. All buildings showcase themselves as power plants based on solar and wind energy.

In January 2018, the EXPO complex was assigned a new role as the home of the Astana International Financial Center (AIFC).  With the aim of promoting a favourable business environment and attracting more alternative sources of investment, such as Islamic finance, this financial free zone is modelled on Singapore and Dubai financial centers and has a separate legal regime based on the principles of English common law. In November 2018, the Astana International Exchange (AIX) was launched in partnership with Goldman Sachs, Nasdaq and the Shanghai Stock Exchange.

From Ideas to Impact 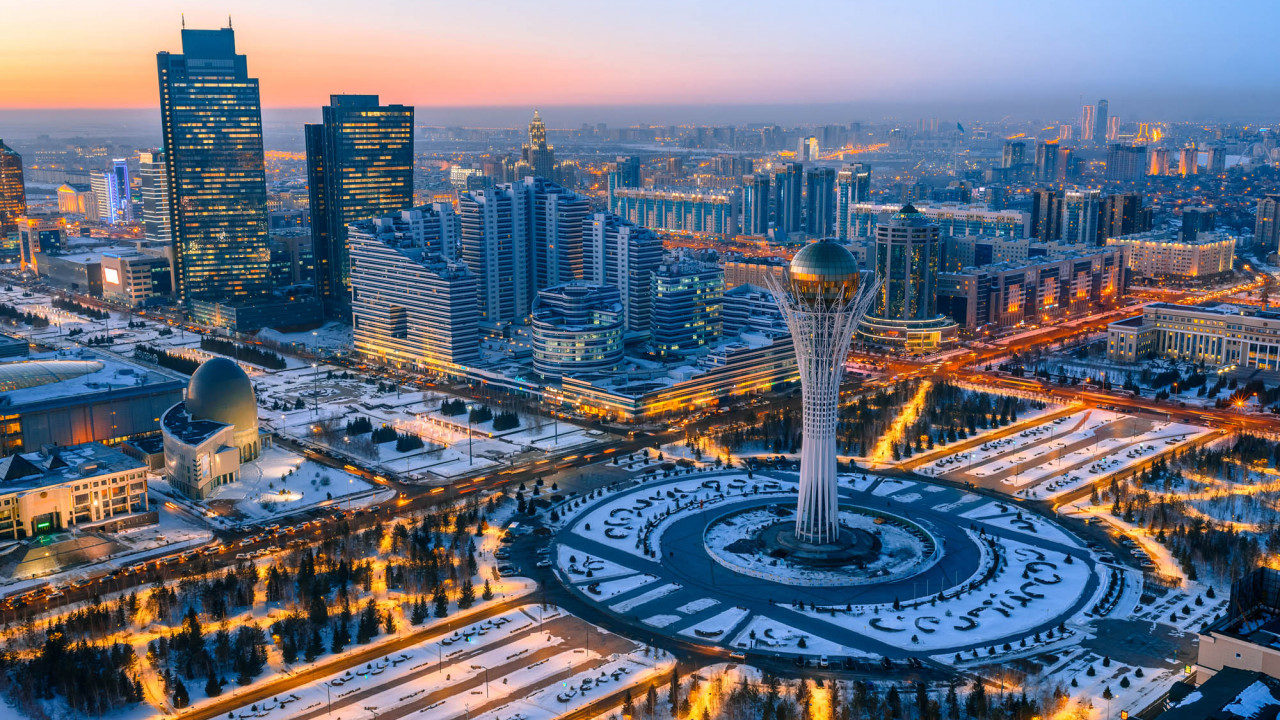 Thanks to the State Programme “Digital Kazakhstan”, the country has a highly progressive telecoms sector, which started 5G pilot testing in 2019. The number of local data centers is growing, while the idea of smart cities is evolving: video surveillance and traffic monitoring systems are extensively applied in Kazakhstan’s biggest cities. A contactless facial-recognition payment system in the public transport is a brand-new AI reality for residents of Nur-Sultan. The AI was welcomed on Kazakhstani TV in the form of its own AI-generated news presenter i-Sanj, one year after it was first rolled out in China’s Xinhua news agency.

Dynamically developing e-government solutions that deliver 82% of government services online and an Internet penetration rate of 84% make Kazakhstan one of the top 10 digital nations in Asia. Construction of the new environmentally-friendly space launch complex “Baiterek” within the Baikonur Cosmodrome reaffirms Kazakhstan’s status as a gateway to space.

One more tectonic change occurring in Kazakhstan is the move from the Cyrillic to the Latin alphabet in the Kazakh language. This is a challenging task for the bilingual country, which has Kazakh as a state language and Russian as an official language. The first version of the new alphabet with apostrophes was not accepted. Meanwhile, the Kazakh language has won its first translation tech battles with the Tech Giants. In 2019, Apple began supporting it with iOS 13. And in June 2020, Kazakh was added to the Microsoft Translator family of languages.

As a developing language, Kazakh requires more attention. The switch to the Latin alphabet will involve new spelling rules. The existing discrepancies in the translation of specific terms mean that extra effort and continuous self-education are required from professional translators. Thus, only a mature translation partner with solid expertise in the technological and industrial spheres can provide qualified assistance for comfort with the incredible transformation taking place in Kazakhstan.

Working with InText is easy!
Get a Quote
We are using cookies to provide statistics that help us give you the best experience of our site, products and services. You can manage your settings and read more about our privacy policy.
Read more